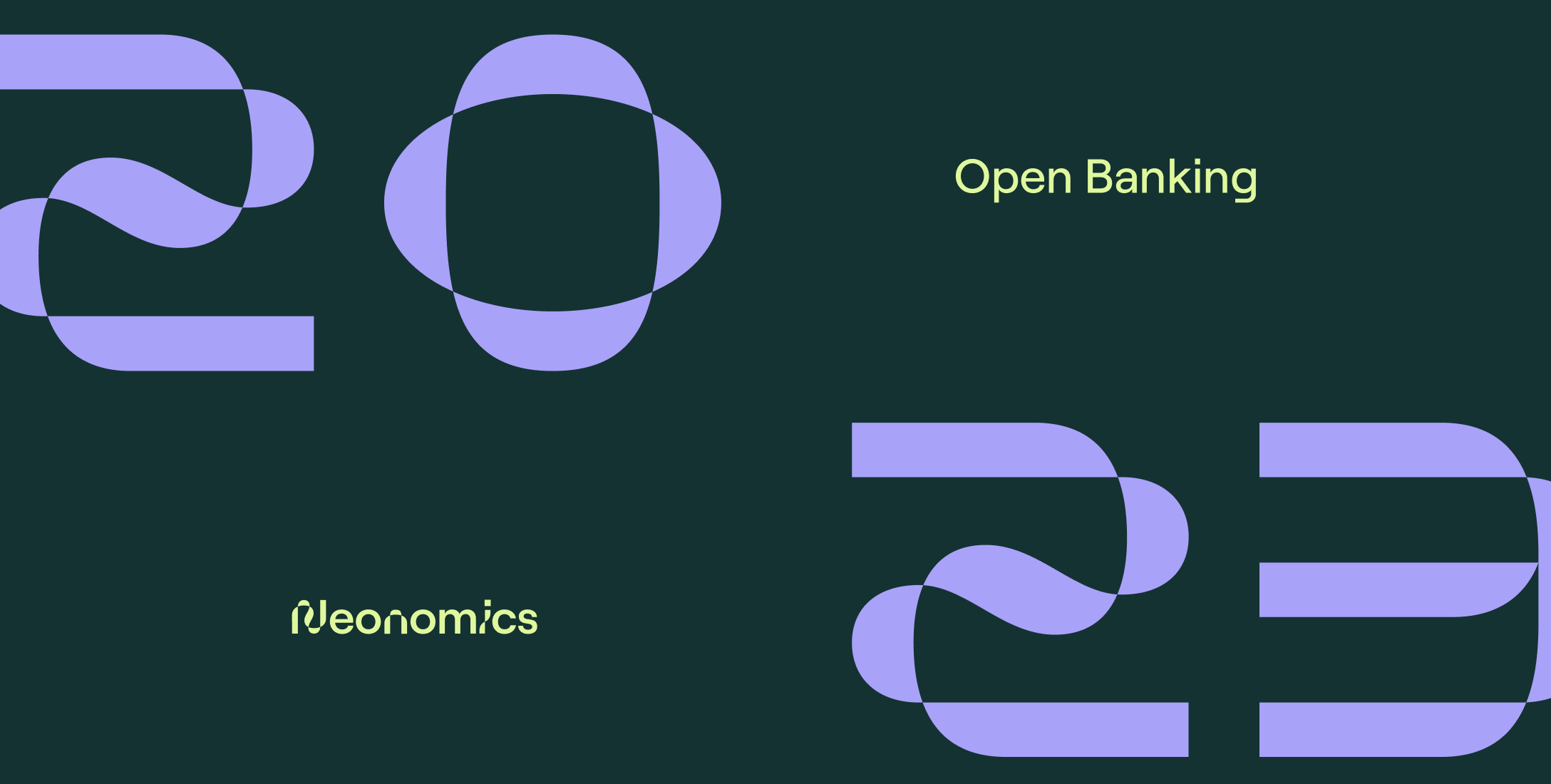 Our predictions for open banking 2023 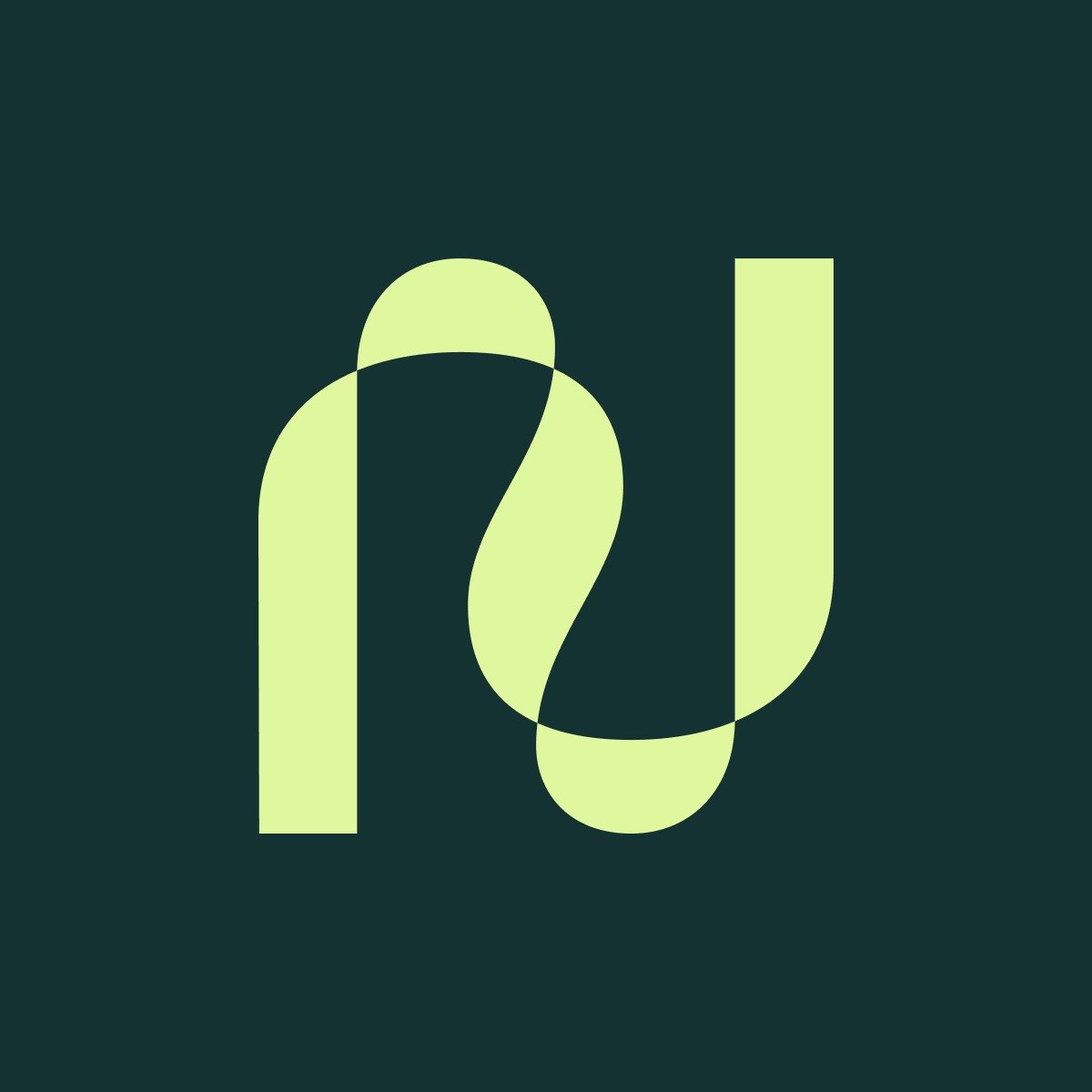 In this industry, predictions can be tricky. Open banking and fintech are continually evolving. Factors, such as consumer behavior, economic trends, technology, and regulations can quickly influence where the industry is heading. However, towards the end of each year, we like to reflect and see how that is shaping the upcoming year in this turbulent sector we all know and love. Here are our thoughts on what we’re expecting to see in 2023.

‍Open banking adoption accelerates
In early 2020, there were around 1 million users of open banking. This year, we saw this rapidly increase to over 6 million by mid-year, about 10% of the UK population. This was partly thanks to the UK government implementing an open banking service for HMRC tax payments. At this year’s Money20/20 and other fintech events, we saw open banking take center stage and become the new ‘it’ technology. There wasn’t just an increase in open banking users, volume had also reached a new record. In May 2022, there were over 1 billion API calls. According to the Competition and Markets Authority at the UK Government, it’s expected that by 2023, 60% of the UK population will be using open banking.

‍VRP – New ways to apply open banking
At the end of July 2022, the UK’s nine biggest banks were mandated to introduce VRP for sweeping, which is the automated movement of money between accounts. Payee Initiated Payments takes this one step further. Payee Initiated Payments is a type of recurring payment (contract-based payment) where the payer is not present during the transaction. This can also be seen as “account on file”, an alternative to the “card on file”. They can be used for fixed or variable amounts, and at a fixed or variable frequency, for example car or other vehicle- sharing services or utility services. This is something that will be changing the game for open banking, and we’ll be seeing more of it in 2023.

‍Cards hit highest rates since 1998 - and this will only increase
Cards as we know them today first came into existence in the 1950s. Now 70 years have passed, and although cards still play a prominent part in our lives, technology has undoubtedly advanced. Throughout the years, cards have only increased their interchange fees on merchants, now reaching an all-time high. In addition to that, credit cards have hit their highest point of interest rates since 1998, adding further pressure to the cost-of-living crisis, both for merchants and consumers. As adoption continues in open banking and alternative payments, cards will struggle more to compete in the digital era and are headed to undergo a similar journey to what Kodak did. Cards will not be entirely wiped out (yet). Still, the gap is most certainly narrowing between them and alternative payments that are better suited and overcome modern-day challenges better in the digital world that we are living in.

‍Biometrics adopted in Nordics in financial services to combat fraud and improve security
Biometrics will play an important part in providing an intelligent authentication process and help to prevent fraud, while simultaneously making the authentication process smoother and friction-free. The adoption of biometrics will provide secure online payment and authentication methods using your device camera and facial recognition software, e.g., Apple FaceID, provided by either a third party or a bank. The use of biometrics for SCA is about to become the norm.

‍Cost-of-living crisis will push focus on cost efficiency
The cost of living crisis, brought on by high inflation, is pushing focus on innovation and cost efficiency, paving the way for open banking. The Fintech Times published an article on how the lack of open banking awareness has made the impact of the cost of living crisis even harder. According to the article, nearly half of businesses have reported raising prices to cope. What’s really lacking is the understanding of how open banking can impact businesses to become more cost-efficient: reducing admin times, cheaper payment methods, and improved cash flow management. Beyond helping businesses manage their finances better, it will also become a better way for consumers to manage their spending and finances. A fast and secure way to pay that requires no data entry and gives end-users better oversight of their finances.

‍User experience will be key to make open banking a success
As a user-centered company (and proud), we believe that the customer and end-user experience is key to the adoption and success of open banking. One of the main benefits of open banking is its ability to facilitate fast and convenient connections and payments, truly benefiting the customer in a whole new way. Open Banking will be a driver to improve customer engagement for merchants and other financial service providers, and at Neonomics we’ve been focusing on making this as easy for merchants as possible – with UX/UI optimised for their users.

Neonomics has established itself as a leading open banking provider over the years, building a solid unified API platform across the Nordics and Europe. During 2022, we’ve been focusing on building user-centered products on top of our platform, that prioritise user experience and security, making it easier than ever to get started with open banking.

Reach out to the team – we’re happy to help! 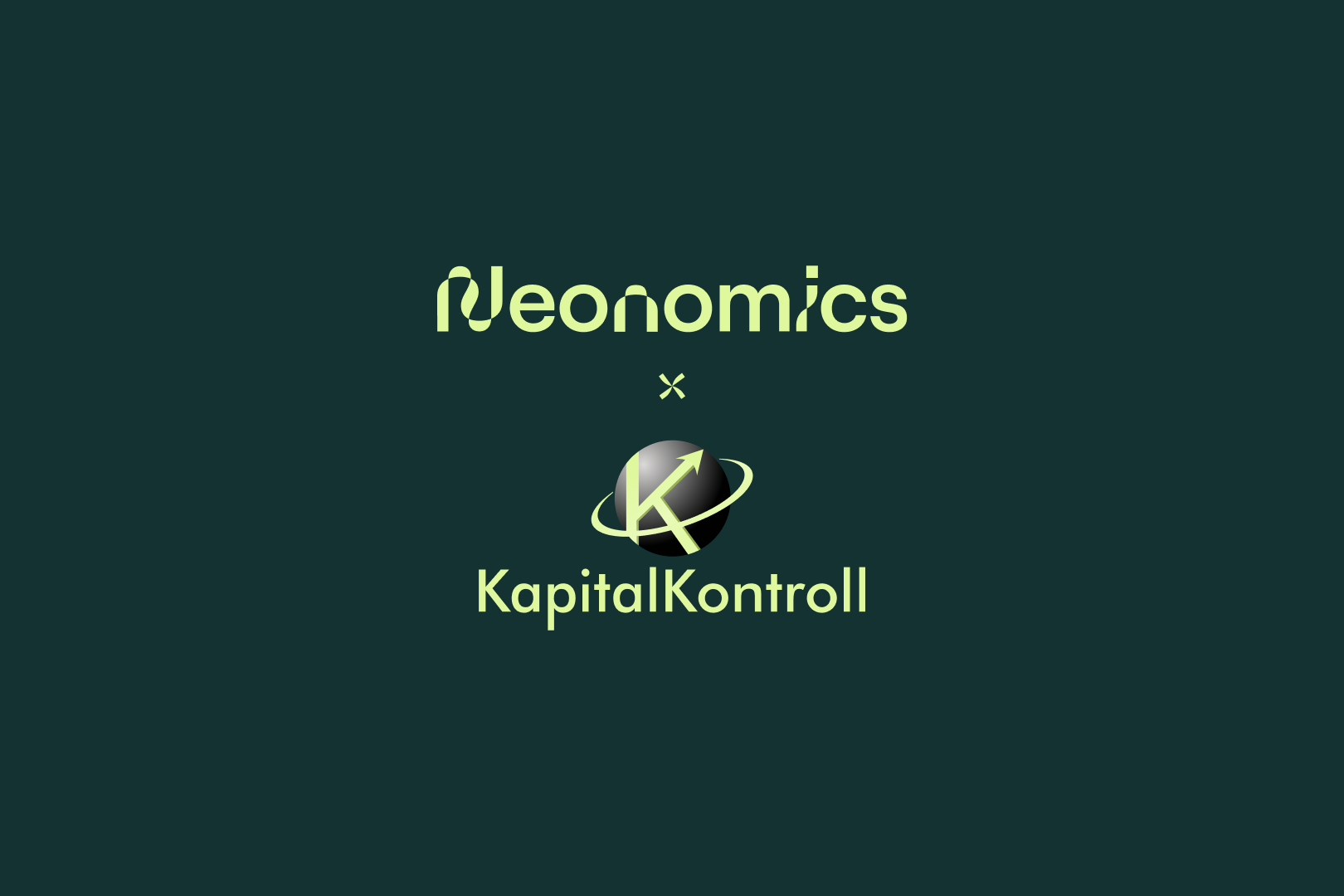 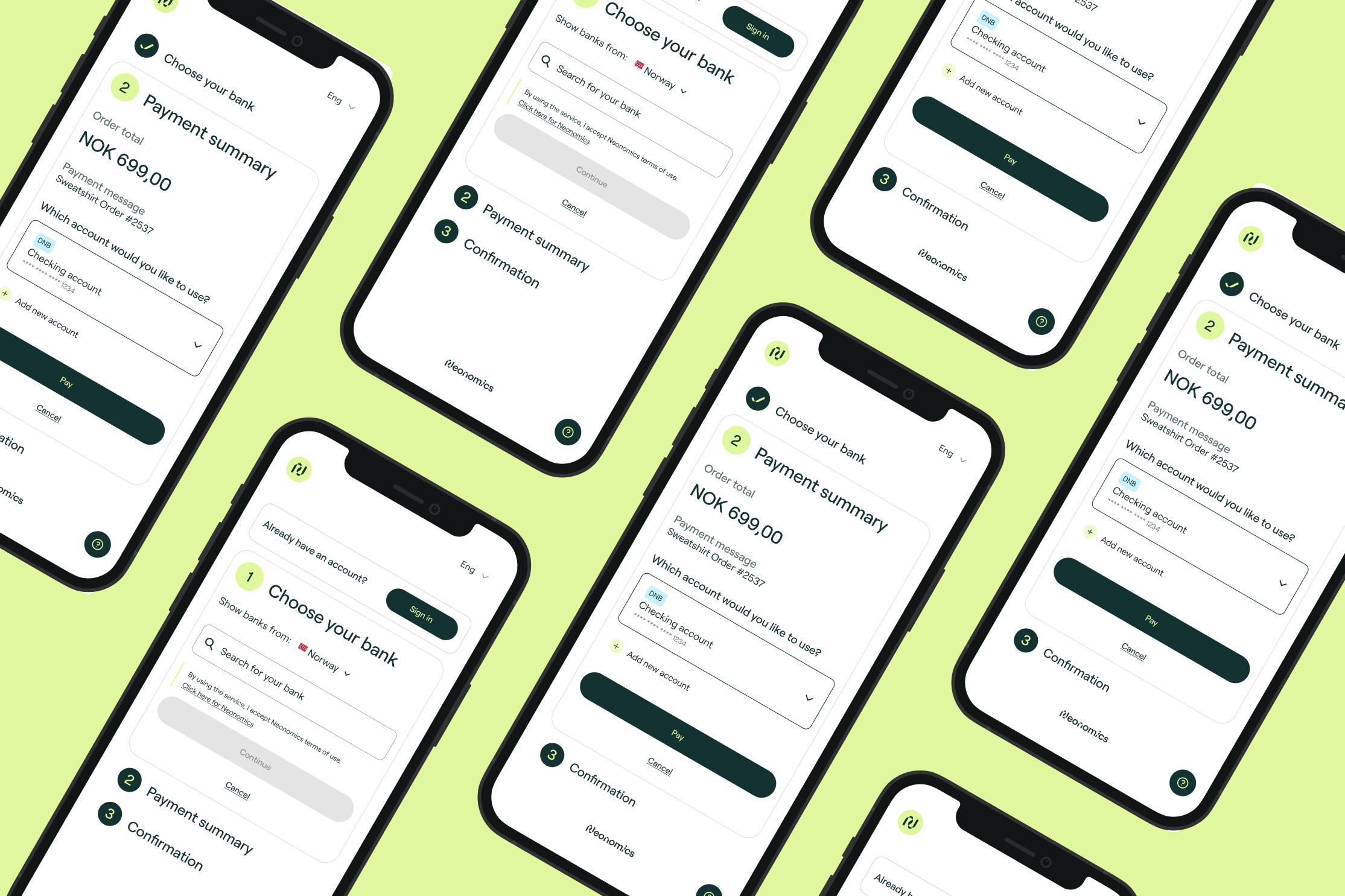 Power your business with our open banking Checkout 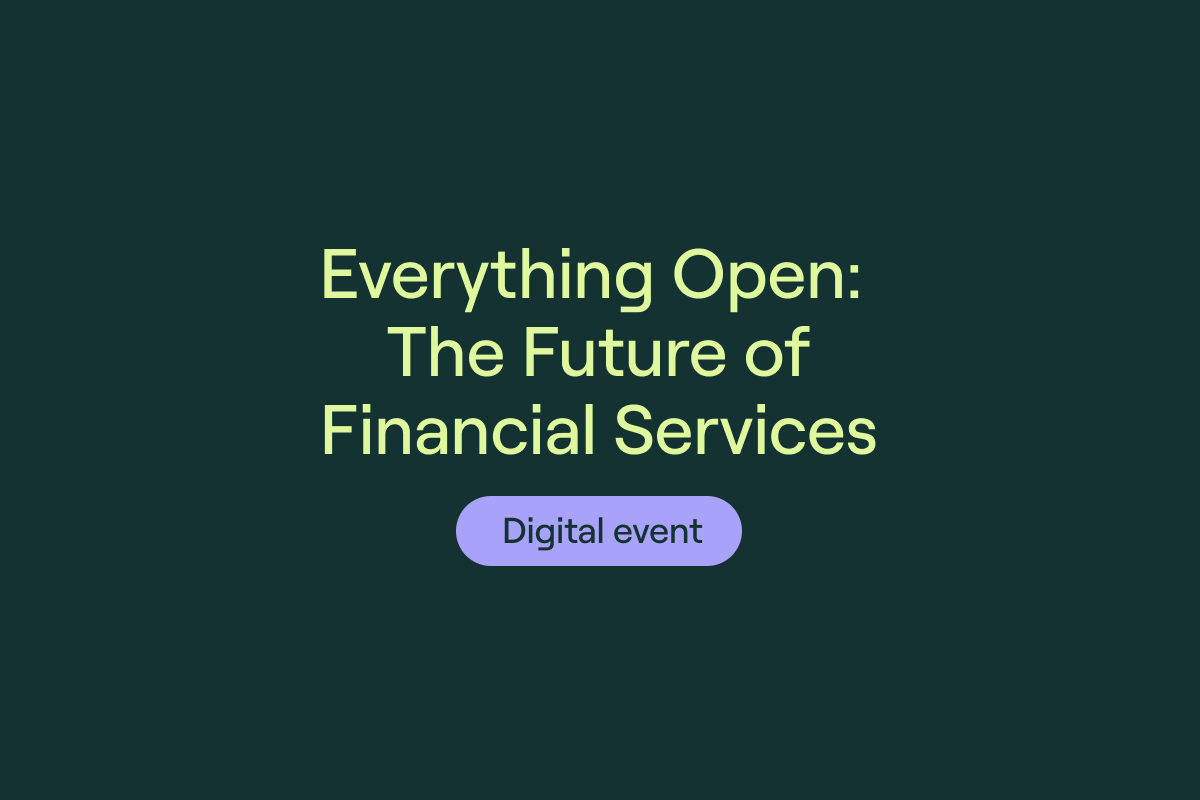 Watch the “The Future of Financial Services” digital event

What's next for open banking? How can payments help businesses provide a seamless customer experience? How will banks change by 2030?

Are you benefitting from open banking yet? Transform your business – for you and your customers.
Book demo